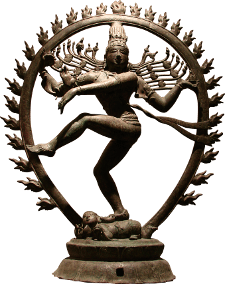 Tantra stands for the unity of body, mind and soul. The word tantra is a Sanskrit term which can be translated as “the inner essence” or “the core of the essence”. It derives from the verb tantori, “to weave”. Thus, Tantra literally means “the tissue” or “the essential”.

Tantric sexuality is an ancient key to unimaginable sexual pleasure and mental strength. It can be gained by a number of special rituals practiced in the Hindu ecstasy cult. This cult is a kind of sexual magic, giving you lust, power and control. Tantra basically leads us back to our own origins, to the roots of identity.

These goals can only be reached through the tantric experience: intellect alone can not understand the secrets and mental magic of tantra. Tantric sexuality is free of any kind of sexual frustration or inhibitions it involves the person as a whole, free from the hypocrisy of most Western and Hindu religious sytems which seek enlightenment and truth through asceticism alone.

Since women are able to enjoy sexual activity in a longer and extended way, the have always been in the focus of Tantric teaching. In the earliest Tantric texts, it was the woman who introduced the rituals, all Tantric groups were organised by women but in the purest sense of Tantric sexuality men and women are not only equal, but one. They teach each other and learn together.

Tantra prohibits that the practitioner of Tantric rituals commits any kind of offence which violates the human rights of another individual. Nobody can be persuaded to Tantric rituals to examine the agreement must come from the inside, with care and full devotion. Love means in a Tantric context: “I acknowledge and accept your innermost being.” Free from inhibitions, there are no neurotic knots that are able to weave romantic or social sounds into the use of a simple word. The force, according to Tantra, reflects the accumulated knowledge, based on experience, starting with the most simple rituals and continues to the most difficult ones, always keeping the basics in mind.

These basics form a consistent chain: perception and sexual desire, sexual control and the channelling of sexual power. Everyone should set himself an individual goal. The centre is the mind. Our desires are the pleasures one’s mind experiences. As soon as you know the centres of your desire, you will be able to share your pleasure with someone else.

Tantra rejects the darkness. Tantric rituals stimulate all your senses, including the visual. Candlelight, for example, creates a pleasant and comfortable atmosphere. We should do whatever we can to stimulate all senses. That also involves tasty food, alcohol in small quantities and stimulating sounds whatever you wish. Tantra understands stimulations as a totally individual matter. Those who practise Tantra put particular emphasis on the care of the hands, since these are their instruments for touching and giving pleasure. The nails of the thumbs and index fingers should be as short as possible in order to avoid pain, a softly rounded cap is the basis for pleasing touches. Many Tantric texts deal with care and cleanliness, for both hygienic and aesthetic reasons.

The basic ideas of Tantra goes back to the Hindu creation myth. It says that “there was only one single point of creative strength before the universe and before all time. This force was female, and it was the entire universe. The goddess of time stood in the center of the universe that she spawned. Her creative power was consumed, and she felt nothing but emptiness. When she regained her creative forces, she decided to create even more, because this was her only pleasure. So she created earth, land and seas, plants and animals. She brought all these things into being ordered them in a balanced relationship with one another so that they reproduced. After she had completed the creation, she was very happy, but her energy was still not exhausted. So she made up the female shape of humans and took it herself. And she called herself Kali and split herself in two, and the other half became Mahakala, the masculine form. She taught Mahakala the Tantric joys and the renewal of his own creative forces. Together these deities gave birth to the first people and taught them Tantric rituals, so that they were blessed with happiness, perfect joy and the unlimited power over the universe.”